The Ingleside N.O. Simmons Park is the centerpiece of the City of Ingleside’s Parks.  Located just off Highway 361, the park features a walking / running track, lots of playground equipment, sports fields, and a large pavilion.  The park plays host to many of Ingleside’s events, including Movies In The Park and Ingleside Round Up Days.  But the two most popular features are the Skate Park and the Splash Pad!

While the Skate Park is the most prominent feature of the N.O Simmons Park, the park also includes a nearly mile-long hike/bike trail that winds through the site, with four fitness stations along the trail. The park has seven soccer fields of varying sizes for adult league to Pee Wee league play, a multi-use 7,000 square foot lighted field, a covered lighted basketball and sports court, and a lighted group pavilion with game tables and a barbecue area. There are also covered and uncovered picnic tables, along with a 3,500 foot toddler playground. Several permanent cultural kiosk exhibits are located throughout the park which highlight the city’s economic and social development.

The west boundary of the park contains a man-made drainage channel that is being enhanced to create a permanent pond area. The pond features a foot-bridge across the channel that will double as a fishing pier and a separate bird-watching observation deck. The city’s location along the Texas Parks & Wildlife Department’s Great Texas Coastal Birding Trail means that this new permanent pond will attract many of the migratory birds that visit the area each year. The native vegetation habitat also is expected to become home to many of the bird species that make the Coastal Bend region their home.

Development of the park began in late 2001 with the donation of the 13.532-acre site to the City from N.O. Simmons, a regional real estate developer, and his wife Maria Lourdes Lara Simmons, with the provision that it be developed as a recreational facility. The City pledged $500,000 of the nearly $1.5 million property value as a dollar-for-dollar match to $500,000 in federal and state park grant funds awarded to the City through the U.S. Department of the Interior’s Land and Water Conservation Fund and the Texas Parks & Wildlife Department’s Texas Recreational and Parks Account program. Truly a public/private cooperative venture, in addition to the City’s pledge of general revenue, several other sources provided cash and volunteer in-kind labor to accomplish construction of the park. These were provided by the Department of the Navy’s Naval Station Ingleside crew, San Patricio County Drainage District, San Patricio County Commissioner Jim Price, Ingleside school district, and three youth sports associations: Tri-City Youth Soccer, Sparkling City Youth Basketball, and Ingleside Youth Basketball leagues. All facilities at the Park are free to the public. 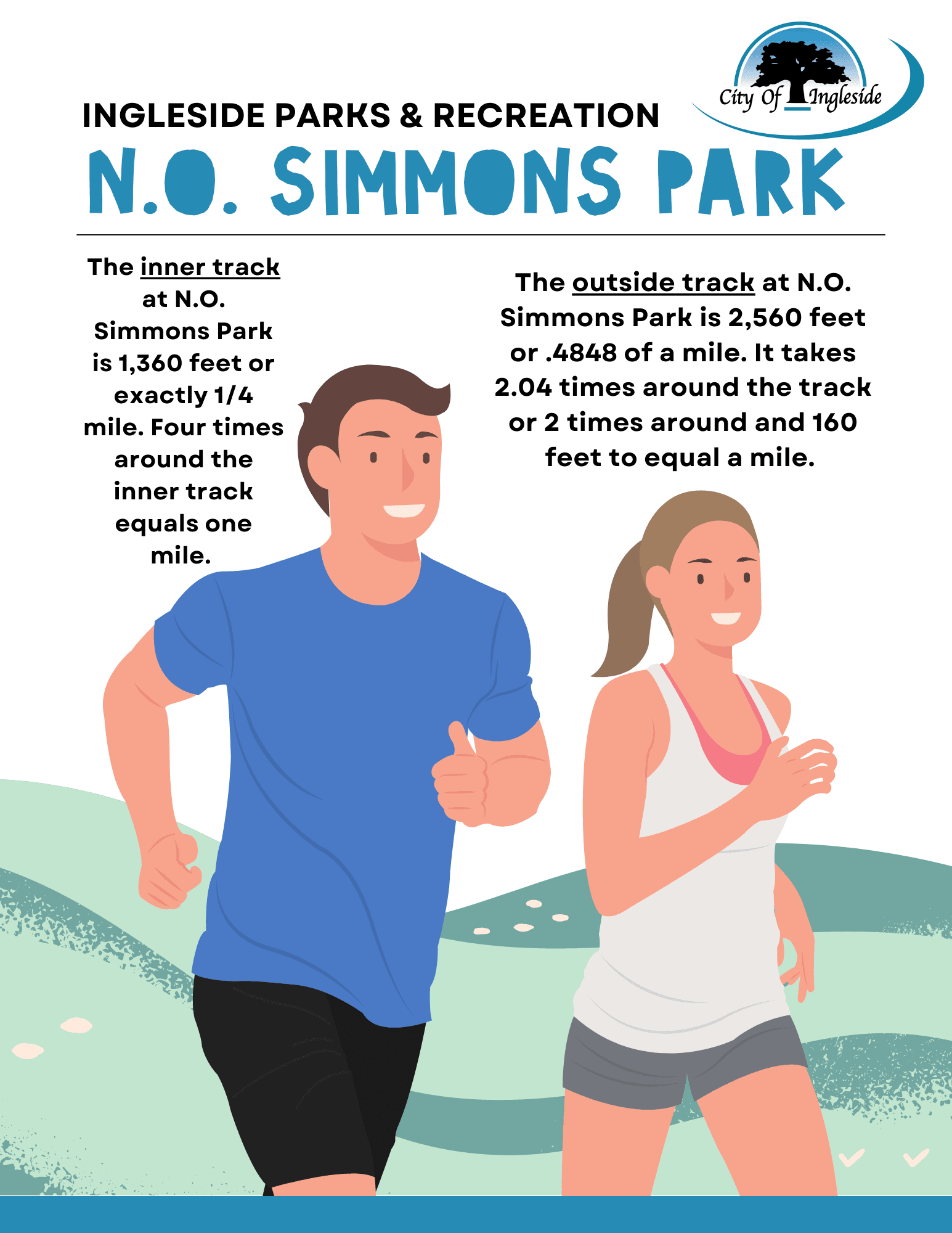